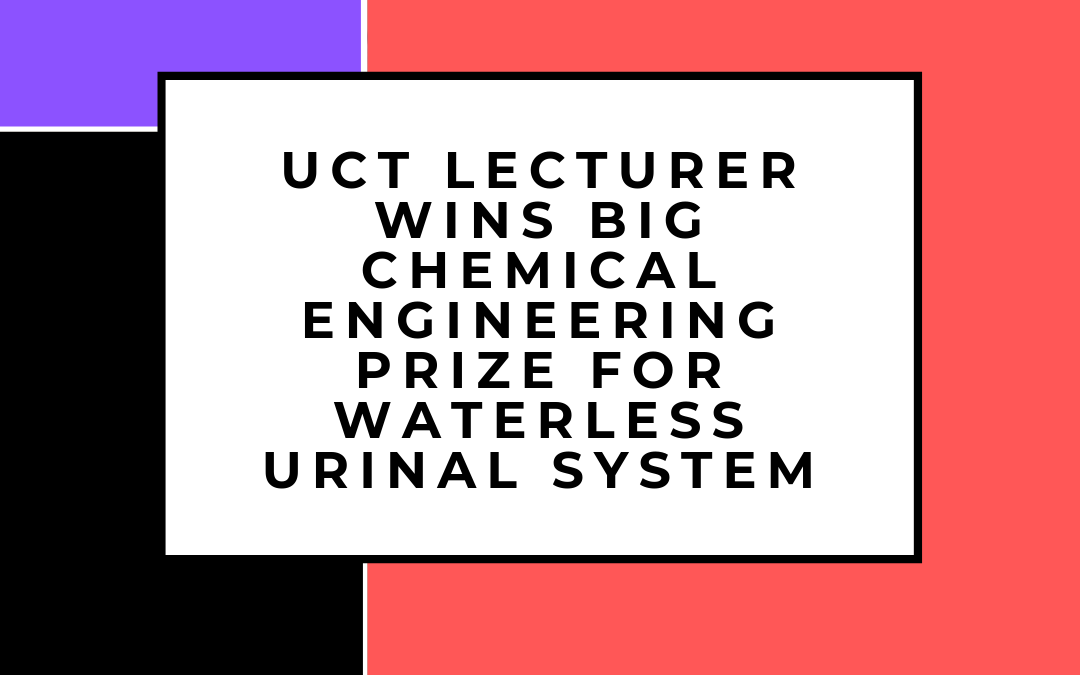 A senior lecturer at the University of Cape Town has been awarded the prestigious Institution of Chemical Engineers (IChemE) Warner Prize for his research that focuses on resource recovery from wastewaters.

Dr. Dyllon Randall, of UCT’s Department of Civil Engineering and Future Water Institute, is the 5th recipient of the award, and the first from Africa.

The Sir Frederick Warner Prize is presented every two years to an individual, normally in the early stages of their career, who has shown exceptional promise in the field of sustainable chemical process technology, nuclear technology or in making chemical engineering more accessible to a wider scientific community. The award was named after Sir Frederick Warner, a founding Fellow of the Royal Academy of Engineering.

Nominations are considered by a panel including industrial and academic members, and a shortlist and preferred name submitted to IChemE’s Medals and Prizes Committee.

Dr. Randall and his postgraduate students have pioneered two world-firsts in sustainable resource recovery systems: a waterless urinal that produces fertiliser and a bio-brick grown from human urine.

He was nominated by National Research Foundation A-rated researcher in wastewater treatment Professor George Ekama. On why he nominated Dr. Randall, Professor Ekama wrote, “He challenges the status quo and disseminates his findings to the broader public and scientific community… In the space of just close to two years since joining the department, he has led multiple projects that have resulted in ground-breaking research, numerous awards and four key publications in his field. The core focus of his work has always been sustainability and more recently, sustainable sanitation.

“There is no doubt that Dr. Randall’s work has shown exceptional promise in the field of sustainable chemical technologies based on his innovative process to treat and recover value from urine and other wastewaters. His work is already having a positive impact on society.”

About being honoured with the prize, Dr. Randall said, “It’s great that our work has been acknowledged internationally with this award, but more importantly, it shows us that people are open to the idea of reusing urine. We will continue making science accessible to the public while also creating paradigm shifts in the sanitation field.”