Phasing Out Coal By 2040 – Is The Paris Agreement Attainable? 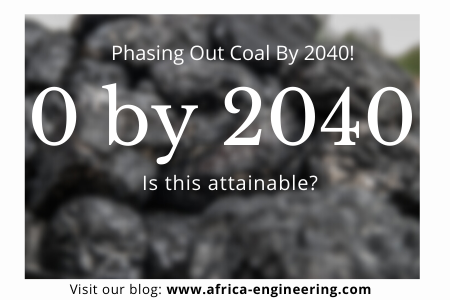 The University of Cape Town’s (UCT) Energy Research Centre (ERC) has undertaken a study into the use of renewables in South Africa. Researchers have found that phasing out coal in the power sector by 2040 would allow SA to fulfil its commitment to the Paris Agreement goal of limiting warming to well below 2°C without significant impact on the economy. They believe that a diverse mix of energy solutions is the best way forward to ensure a cheaper, cleaner and more reliable electricity supply for South Africa. [Source: UCT: A way forward for SA’s energy supply]

In the paper, titled, “Least-cost integrated resource planning and cost-optimal climate change mitigation policy: Alternatives for the South African electricity system”, they made these key findings:

Key Findings of the Research Paper:

Renewable energy plus flexible generation or storage provides the least-cost pathway for the electricity sector. No new coal or nuclear power plants should feature in South Africa’s electricity future, as their inclusion would require subsidies from consumers.

Retrofitting power stations for compliance with the Minimum Emission Standards (MES) is – for the most part – the least costly option for the electricity sector. This is due to the relatively higher costs of new technologies in the period 2020 to 2025. In terms of cost, it would be optimal to retrofit Eskom’s coal-fired fleet of power stations to meet the new plant standards by 2025 rather than retire them, except in the case of Majuba.

The study proposes that the Department of Environmental Affairs considers suspending compliance requirements for the best performing (in terms of pollutants) stations, and in exchange, Eskom agrees to retire the least-performing stations by 2030 at the latest.

In 2015, governments pledged in the Paris Agreement to attempt to keep global warming since pre-industrial times to 1.5 degrees Celsius. Science shows that phasing out coal, the most polluting fossil fuel, is essential to achieving that goal.

Governments need to ensure that global carbon emissions from coal-fired power stations peak next year, and that they eliminate coal from electricity generation by 2040 in order to keep climate change within the internationally agreed limits.

Is this an achievable target? Let us know in the comments below!